Here are forecasts for the North American monsoon, which is most intense on the west coast of Mexico but does extend into the southwestern U.S.

This animation shows the forecast of precipitation (color shading) and horizontal winds at 850 hPa, which is about 1.5 km above sea level.  The precipitation is the accumulation over the previous 6-hour period, in millimeters (1 inch = 25 mm), and winds are measured in m/s (1 m/s = 2.2 miles per hour).  This is from a single deterministic forecast. The red box outlines the region over which the total accumulation of rainfall for this season (shown below) is averaged.

All forecast data is from the Global Ensemble Forecast System (GEFS) of the U.S. National Centers for Environmental Prediction (NCEP).  All forecasts use an initial atmospheric state at the time indicated on the plot (note that 00Z is midnight Universal Coordinated Time, which is 7 pm the previous day in western Mexico [CDT]).

Also for the main monsoon region (outlined in red on the above map), the below plots show the daily rainfall and the total seasonal accumulation of precipitation, compared to the historical average. 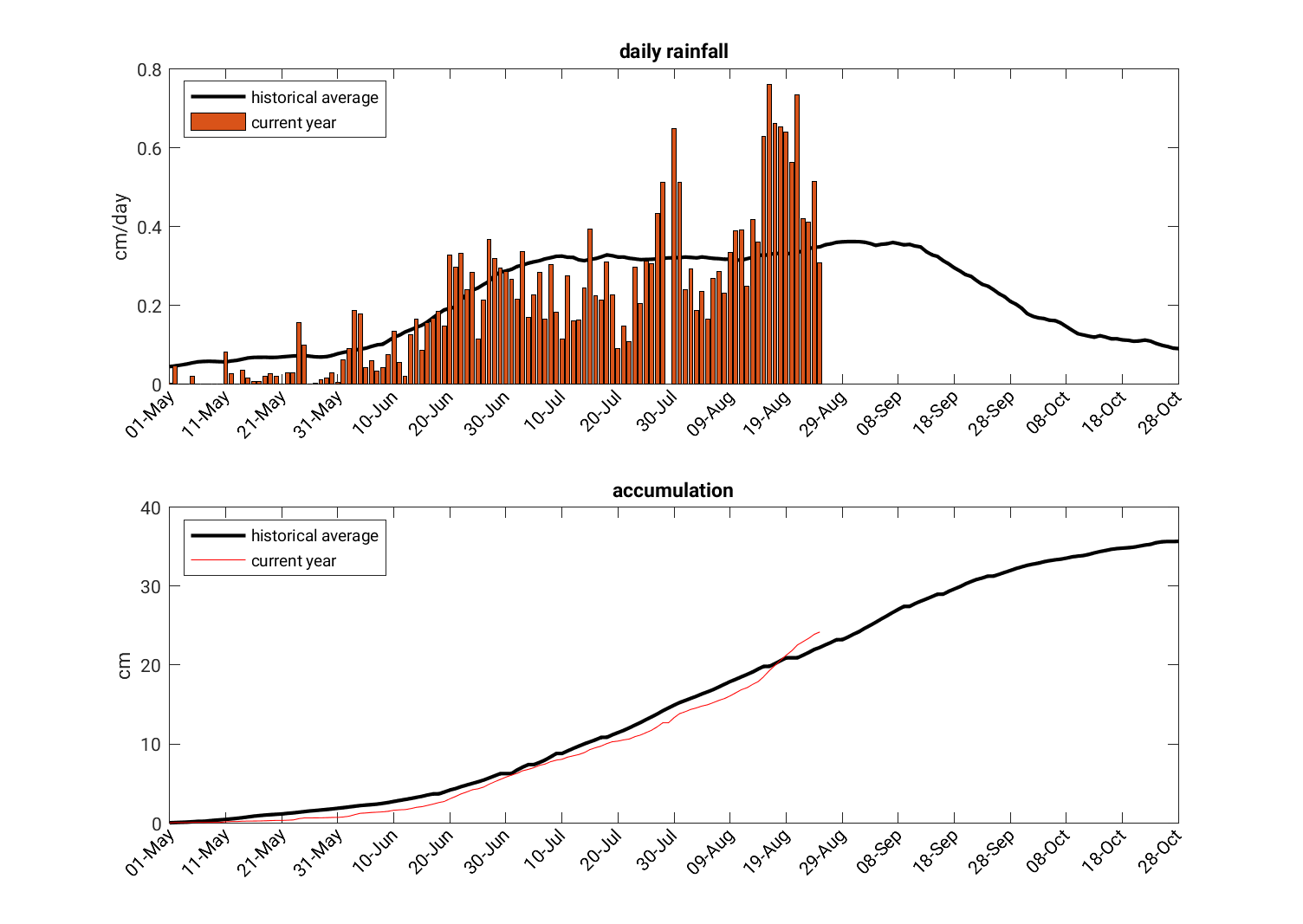