It is estimated that crop planting in India has gone down by 9% since last year. This is due to weak monsoon rains, which not only lead to low crop production, but to high food prices. The crops most affected are grains and cotton. 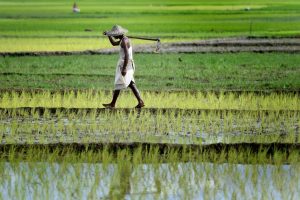 In response, the Indian government has taken several steps to boost agricultural production. The India Meteorological Department has begun to send mobile weather alerts to farmers, and public officials have been promoting the cultivation of more drought-resistant crops.

Minister of Agriculture Eknath Khadse explained, “Growing vegetables and fruits would be our priority. This will give farmers something for daily survival, without too much investment, along with the main crops ahead of the kharif season.”

The agricultural sector employs more Indian citizens than any other sector of the economy. This means that a below-average monsoon could have a significant effect on the Indian economy, as a whole. The ICICI Bank of India estimates that weak rains will cause a drop in India’s GDP growth for this fiscal year, from the originally estimated growth rate of 7.8% to 7.3%.

But even during a relatively dry year, monsoon rains have the potential to negatively impact other sectors of the Indian economy, as well. Heavy rains put crucial infrastructure at risk throughout India, and are particularly threatening to burgeoning industrial cities such as Bangalore, home to 30% of India’s startup companies.

Weakened infrastructure has also lead to sanitation problems in many parts of India, particularly in poorer parts of the country’s largest cities. Although overall water contamination levels have gone down in the past decade, contamination usually rises significantly during monsoon season. 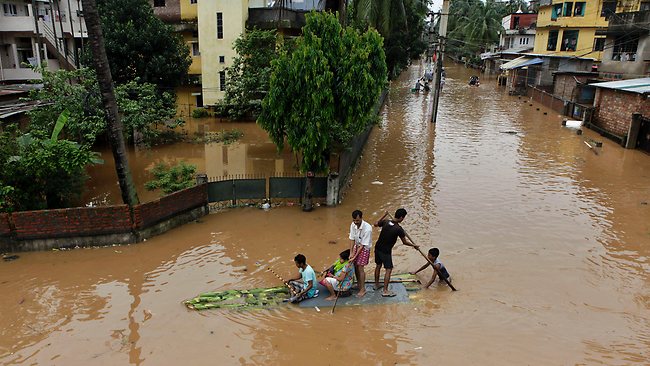 Vector-borne diseases such as malaria and dengue are also particularly prominent during monsoon season. To avoid exposure to contaminants, Indians are encouraged by health officials to take precautionary measures such as boiling all drinking water and only eating foods stored inside.

Fumigation efforts are also ramped up during monsoon season, which is also breeding season for mosquitos. Those most affected by both vector and water-borne diseases include children and the elderly, often due to time spent outside or an inability to fend off infection.