For the past three and a half months, Arizonans have faced substantial rains as a result of a heavy monsoon season. Arizona’s monsoon season usually lasts from June to September, bringing with it dust storms, thunderstorms, and hurricanes. The monsoon is influenced by winds originating in Mexico, pushing moisture Southwest though Arizona.

A strengthening El Niño in the Pacific Ocean may have contributed to the occurrence of tropical storms and hurricanes in this year’s monsoon. Some rains were particularly heavy, and the strong but sporadic monsoon was made up of both large rainstorms and smaller microbursts. While certain areas in northern Arizona remained dry, Phoenix and its surrounding areas received between 3.5 and 5.5 inches of rainfall.

The rains began earlier than usual, with the emergence of Hurricane Blanca in June. By the end of June, rain levels were above average in much of Arizona. July saw a slight drop in precipitation, but the monsoon quickly recovered. Since then, several other storms have poured down on Arizona, including Hurricane Linda in September. The monsoon was the 35th wettest since 1896, and came to an end on Wednesday, September 30th.

According to the National Weather Service, some areas of Flagstaff, Phoenix, and Tucson received more than double the average monsoon season rainfall. These rains have helped to ease Arizona’s drought; today, nearly 57% of the state is no longer facing drought conditions. This is the highest percentage in five years. 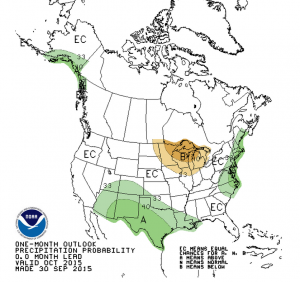 Temperatures during this year’s monsoon were also warmer than usual. Throughout the monsoon season, Phoenix cooled to only 86 degrees. Temperatures in the southern parts of Arizona stayed high, as well. Daily lows in Yuma, for example, averaged the new high record of roughly 83 degrees. Last month was one of the warmest Septembers on record in Arizona.

Forceful monsoon storms threatened Arizonans and destroyed property throughout the state. Strong winds and hurricanes uprooted trees, blew off roofs, and tore down fences, forcing many families out of their homes. Weather conditions necessitated school and road closures in other parts of the state.

Monsoon rains have also caused dangerous and fatal flooding. A mid-September flash flood and resulting mudslide killed 16 people on the Utah-Arizona border. In Mesa, Arizona 200 homes were flooded by monsoon rains before responders were able to open a floodgate. Dozens of cars across Arizona have been trapped in flash flooding, as well. 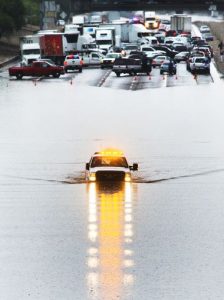 Many of Arizona’s cities lack the necessary infrastructure to protect citizens from monsoon rains. In response to this problem, the state government has implemented several programs to strengthen recovery efforts and fortify infrastructure. In Phoenix, for example, $7.5 million has been allocated towards emergency response programs and the building of a 36-acre storm water retention basin to contain rainfall.

According to a representative from the Phoenix office of the National Weather Service, there is a sixty to seventy percent possibility of Arizona’s winter having an above average rainfall. As warm-weather conditions caused by El Niño migrate through Arizona, snowfall may be delayed until later in the year. The National Weather Service predicts that snow many not begin until late December.